Glasgow
I stumbled across some cheap advance tickets to Carlisle but strikes meant I ended up going all the way to Glasgow. Surely the rest of my trip would pass without incident?
excursions 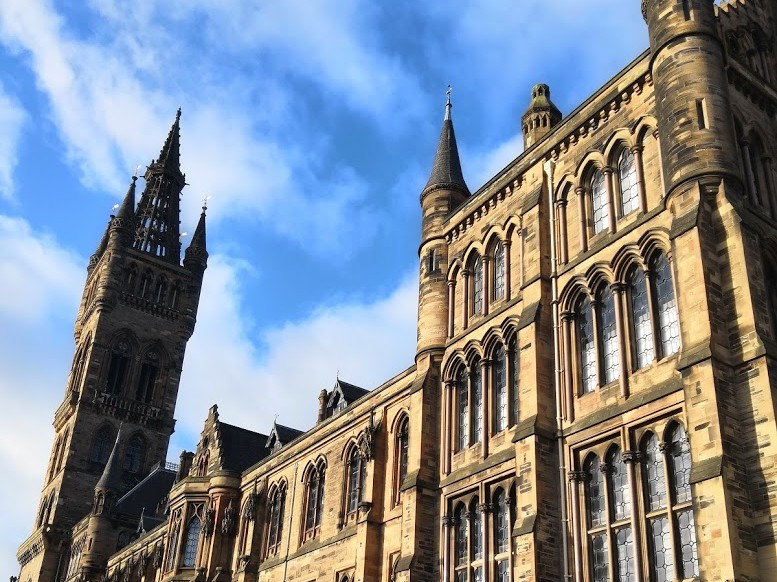 One evening while engaging in some 'light' drinking with friends, I decided to check out some train fares (this is not deviant behaviour). To my surprise, I found that you could get to Carlisle via the legendary Settle-Carlisle line and back again for the low low price of £29! Eager to experience this important train pilgrimage, I snapped up the tickets and looked forwards to ticking some more stations off my list! Alas, all would not be so straightforward.

A couple of days later, I discovered to my horror that Northern didn't actually run that many trains on Saturdays (something to do with a strike). This threw all my plans into turmoil - rail replacement buses wouldn't do! So I came up with a cunning plan and exploited ticket acceptance and my own hard-earned money to extend my trip up to Glasgow instead. This seemed like the most logical course of action to take.

Soon the day rolled around and I awoke in the wee hours of the morning, eager to begin my adventure. But there was already turmoil - Storm Erik had blocked all the lines between Carstairs and Motherwell! But I had faith that by the time I made it to Scotland all would be fixed, so I set off unperturbed. For some time I was the only one in the carriage so attempted to take some comedy selfies - these were all unfit for public consumption. 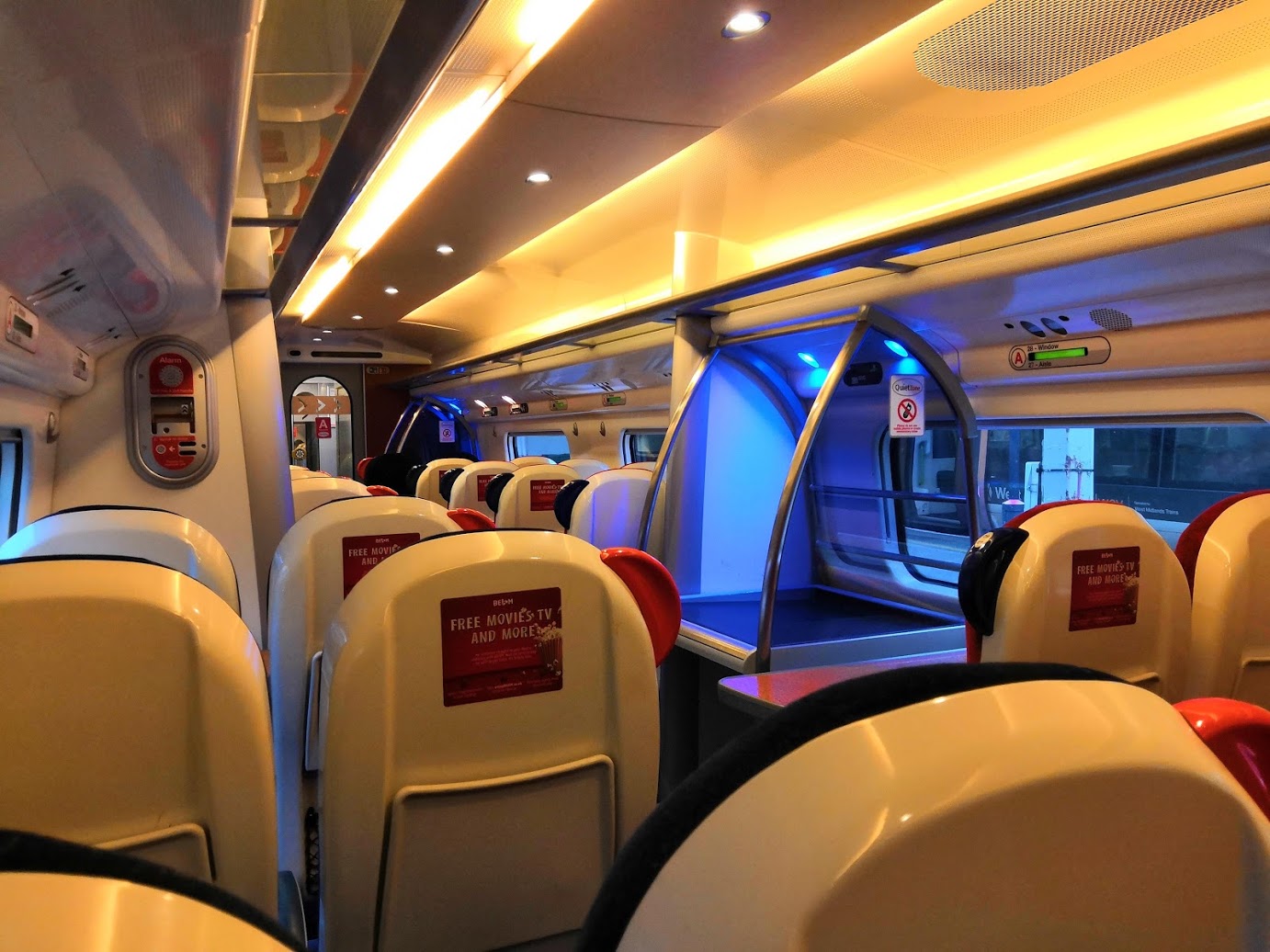 At first the journey seemed like it would pass smoothly - we were storming up the West Coast Main Line with no cause for concern. I even spotted the Virgin trainbow at Stafford, surely a good luck omen. One thing preyed on my mind though - would we be able to make it through Carstairs? Some trains were cancelled, some not - it seemed not even National Rail knew what was really going on. But I remained optimistic as we rolled into Preston. We then did not move from Preston for quite some time. What was going on?

It turned out our train didn't have a driver! This was problematic as trains tend to need drivers. I was ready to volunteer using my hours of Train Simulator experience but one turned up and we were soon on the move again. But disaster struck once again! A tree was blocking the line, no doubt thanks to the dastardly Storm Erik. There was no way through and all we could do was sit tight until they got it off the tracks.

It was all going so well

Eventually we were on the move again, and trundled into Lancaster 58 minutes late (a figure I would later round up to 60 minutes in my Delay Repay claim). This was where my seat reservation ended, so I got quite worried that I might lose my precious window seat! The little screen said someone might be coming on at Oxenholme Lake District, so I mentally prepared myself for the disappointment.

When we got to Oxenholme, someone did make moves towards my seat (and I even offered it to them!) but there was a stroke of luck - she was too awkward to sit there! I retained the window seat, which was just as well because the scenery was very nice. 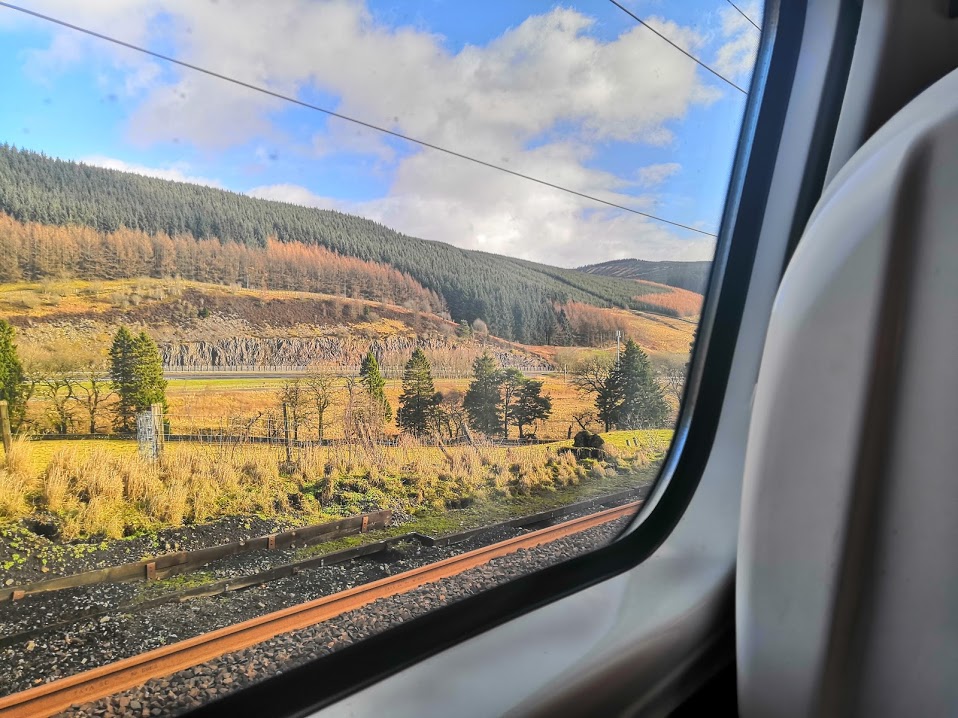 The journey was very scenic

The rest of my journey passed without much incident, although we still arrived into Glasgow 30 minutes late. But that was fine because I'd be able to claim back all the money for the train tickets! My first port of call at Glasgow Central was of course Burger King - I'd now eaten there at both ends of the West Coast Main Line! 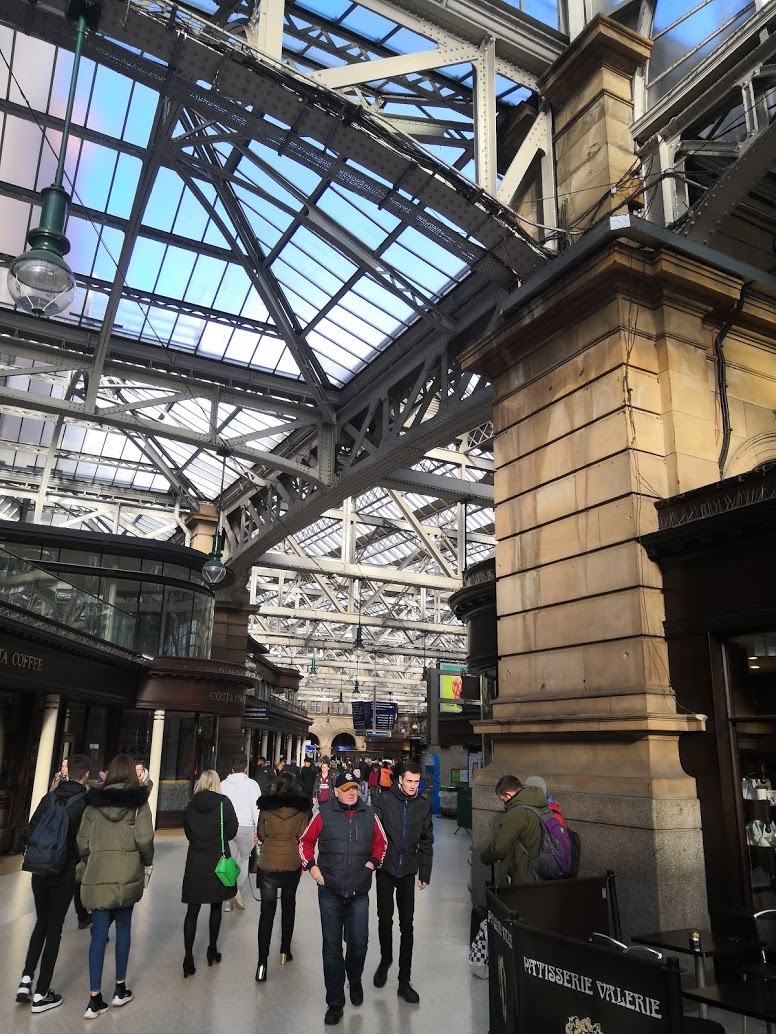 I started my exploration with a wander around the city centre. I found the statue with a cone on his head, and also checked out Glasgow Queen Street, although it was currently under heavy refurbishment so its true majesty was concealed. Where to next?

Eager to check out the Glasgow Subway, I purchased myself a day ticket and hopped aboard. I decided to check out Kelvingrove Park to satisfy my urge for a nice walk. It was very big and green, and since the sun was shining everything looked very pretty! 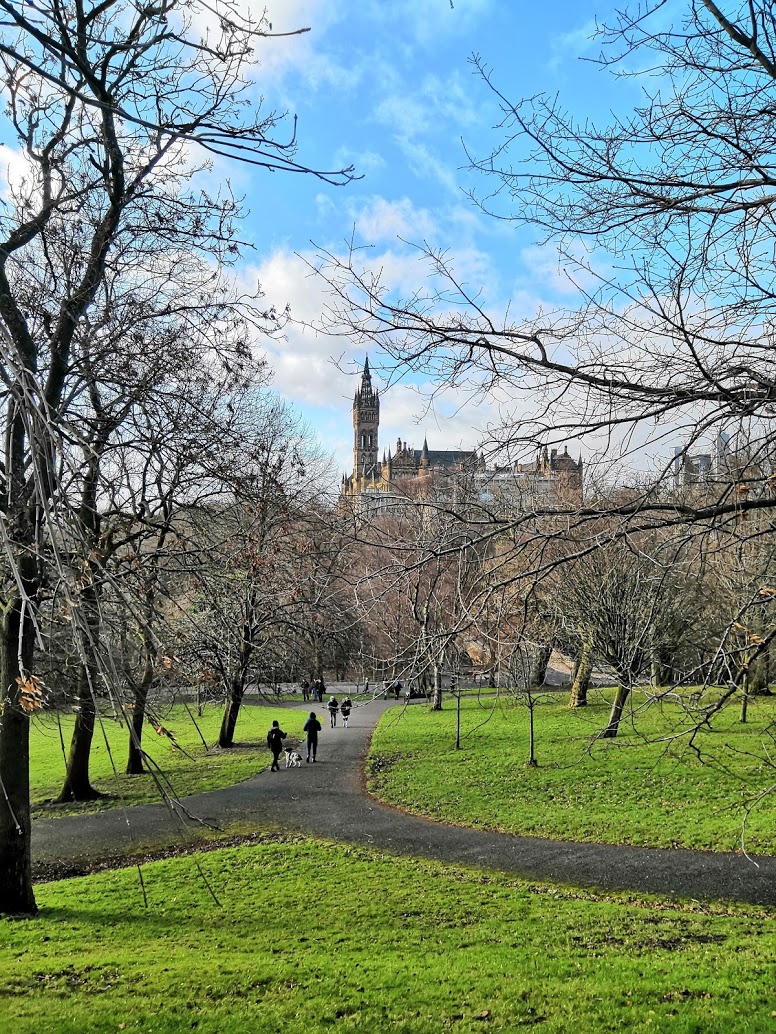 What's that in the distance?

There was a very grand building overlooking the park and I wandered over to check it out. It turned out this was part of the University of Glasgow! While it wasn't a big clock, it was still a very impressive building and definitely worth a visit. I spent a long time trying to locate the Computer Science building, which was harder to find than I anticipated. Eventually after going completely the wrong way I stumbled across it, although I wasn't sure if I was allowed in so I didn't bother. They had posters about my beloved Haskell though so that's a definite plus!

Another nearby attraction was the Glasgow Botanical Gardens, so I made for them. On the way I found the two W's in my life: Waitrose and Waterstones. I finally gave into temptation and purchased a copy of The ABC Murders, encouraged by the recent BBC adaptation starring John Malkovich. I also scouted out the Waitrose and found it to be very similar to most Waitroses I had been in, which wasn't entirely unexpected.

There was much more to the Botanical Gardens than I expected, and I spent a good 45 minutes looking at all the exotic plants and trying not to hit anything or anyone with my backpack. There was all sorts to see, from huge trees to lots of trendy cacti. 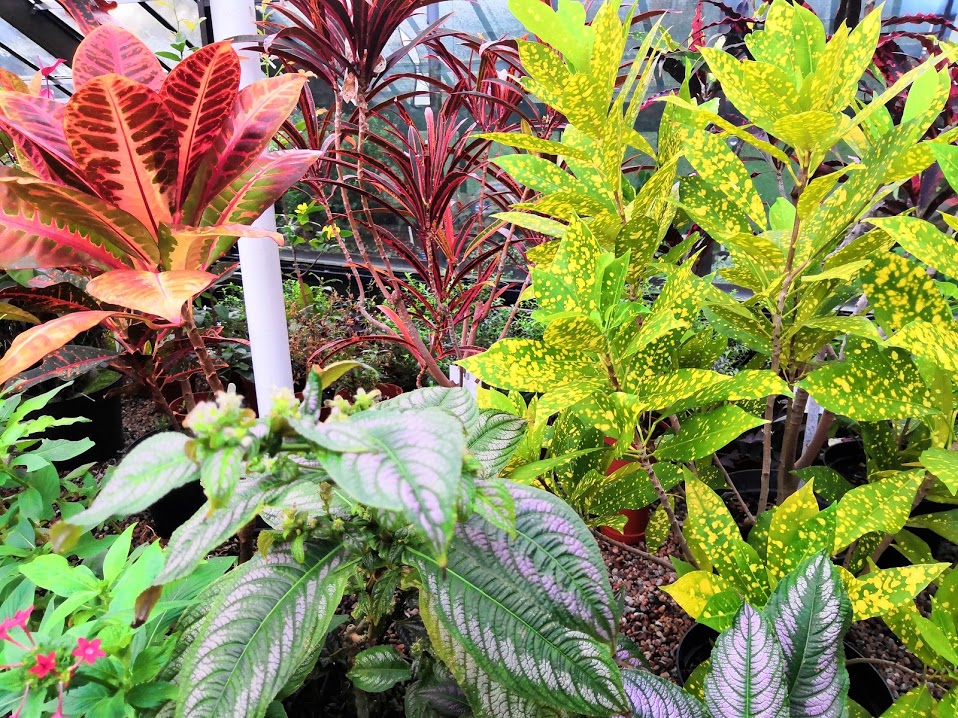 Look at all these plants!

It was beginning to get dark so I headed back for the centre again. I walked around the station and crossed several bridges that I had seen on my way in. It was at this moment that I decided to check how the trains were getting on after the earlier shambles. After laughing at people on the cancelled train I discovered to my horror that I was also one of these people. But not to worry since there was another train 40 minutes later, and I might as well flex my Delay Repay muscles once more. 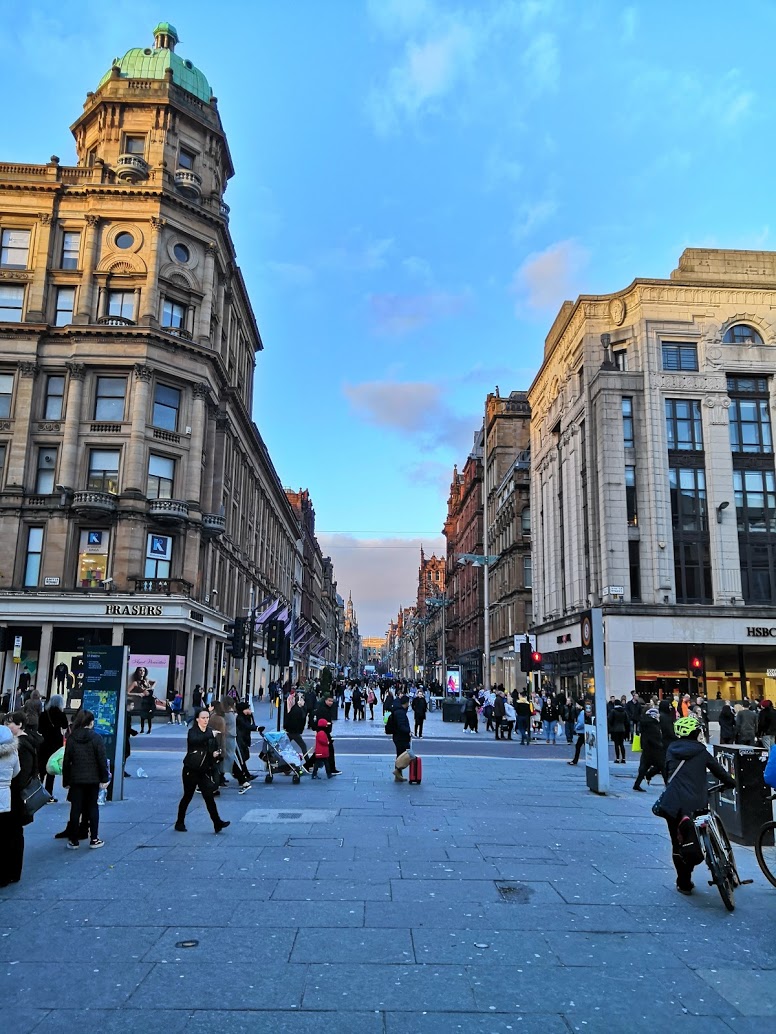 The city centre as the sun comes down

I popped into Sainsbury's to get myself a meal deal and a bag of peanut M&M's, then sat down waiting for my train to be announced. I realised that it had been sitting at the platform this whole time and I could be there instead, so I made my way across and sat in exactly the same seat I had been in on the way up! Soon we were on our way and four hours later I was walking through New Street to Platform 12B, where there was another long wait for my train to Selly.

When I got home there was lots of pizza in my kitchen! I asked if I could have any. I could not.

You can read this page in shamblespost form!