George Kaye
GitHub
Blog
GitHub
Blog
Sunday Screenings
Baby Driver
In the first official Sunday Screening of the term, the crew watches Baby Driver on the recommendation of my trusty housemate Alex. Is it just Fast & Furious - The Musical, or is it actually a bit more sophisticated than that?
14 Oct 2018 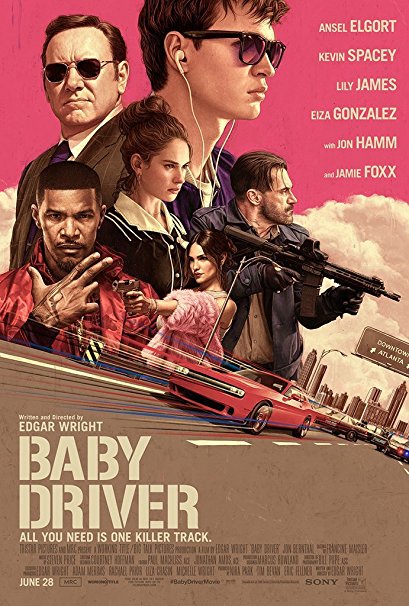 This is part of the Sunday Screenings series.

Apparently there’s a large selection of ‘important’ films that I haven’t seen, and Alex has taken upon the mammoth task of compiling a list of these films with the intention of forcing me to watch them. One of the top ones on the list is Baby Driver, a film by the guy that did Hot Fuzz (a film I’ve seen!). As cars are the natural enemy of trains I was initially hesitant to watch this blasphemy but I relented and we all sat down in my living room to enjoy the film (accompanied by several cups of tea).

Instantly there was chaos. Unlike my fault-free screening of the enjoyable Starter for Ten last week, Alex’s laptop didn’t want to send audio through his HDMI cable to the television. This was soon hackily solved with an aux cable and the screening could begin! 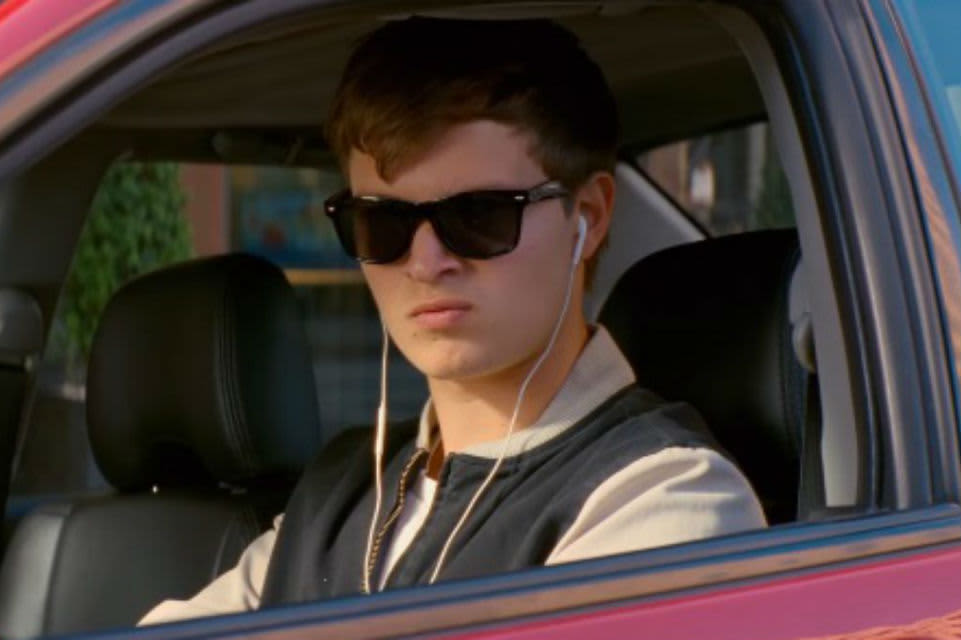 What I look like while driving to EVERY SONG IS A BANGER, if I could drive.

Baby Driver’s main character is the titular Baby Driver, a young man with a tragic past which means he has to listen to music all the time while driving. This means there are lots of good songs to listen to, although I didn’t really know many of them. But it goes really well with the slick car action that fills many of the film’s scenes, and despite the lack of locomotion I was very impressed with what I saw.

Donna makes a cameo in a rare pre-Here We Go Again! appearance.

Lily James (one of Alex’s favourite actresses) plays the love interest and this has led me to believe that Baby Driver and Mamma Mia! share the same universe - Baby Driver clearly taking place in between Donna leaving for her travels and her arriving in Greece. This means that Baby is definitely in contention for being Sophie’s dad, and I’m interested to see how this will be explored in the future. Another (perhaps more important) observation to make is that this is the second film in a row I’ve seen to feature a Mamma Mia! actor (Starter for Ten of course featuring the very pretty Dominic Cooper) - could this be a theme of the Sunday Screenings?

The film builds up to a thrilling climax at the end involving a post office and lots more drifting (and some newly-developed parkour skills), which leads to a very satisfying showdown in a multi-storey car park. No train station scenes, but I’d imagine they’re saving those for Baby Driver 2.

Overall Baby Driver was ‘quite good’ and definitely a worthy use of my Sunday evening. Alex promptly tried to get some of the songs from the film into EVERY SONG IS A BANGER, and I haven’t decided whether I’ll cave yet (probably not).